I have been playing around with a newly “completed” manuscript, tinkering really. Actually, I’m not doing much of anything. An editor that I greatly respect has just finished combing it for…issues. She’s been doing all the work. At the top of that manuscript is a title, and right below it, a second title, an alternate. The first is more poetic than the other, you might say, but the second is more succinct and clear.

“Which one do you like?” I asked. She chose the first over the second because the subtitle included words she believed were essential to the meaning of the manuscript. The second, she thought, included a word that was probably overused. Several others have read the manuscript and they made the same conclusion. So, was it a visceral response? Was it sheer math? (Too many other books with the same title or combination of words—think: The Girl With the…) Or was it something else, something that’s hard to get one’s head or heart around? Mysterious? Challenging? Compelling? What is it that makes a great title?
Great books are memorable in their entirety; they’re great stories. But many times, books stand out simply because of the title. And there are the few that are great literature and possess wonderful, unforgettable names.

To Kill a Mockingbird
What a fantastic title! Now, put that up against another great piece of literature.
War and Peace
Frankly, too general. I can’t imagine a publisher today agreeing with Tolstoy on that one.
Zen and the Art of Motorcycle Maintenance
Marvelous!
A Confederacy of Dunes
Perfect.
Everything I Never Told You
How could you not pick up Celeste Ng’s book and not read at least the first page?
It reminds me of another intriguing one. 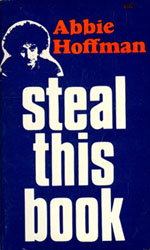 The Curious Incident of the Dog in the Night-Time
You also have the absurdly silly or provocative. The novelty acts.
Cloudy with a Chance of Meatballs
John Dies at the End
Sex, Drugs, and Cocoa Puffs
Steal This Book
And the titles lifted from other works of literature.
Of Mice and Men—Steinbeck snatched the phrase from the Robert Burns poem, “The Mouse.”
As I Lay Dying—Faulkner took it from Homer’s The Odyssey.
A Farewell to Arms—Hemingway lifted this title from a poem by the Elizabethan writer, George Peele.

The worst titles? Far too many to mention. But try these on for size.
I Heart You, You Haunt Me
Really?
How to Poo at Work
Yep, a real book.
Your favorite titles? Or maybe the worst you’ve ever seen? Let’s hear them.

One thought on “Best Book Titles?”